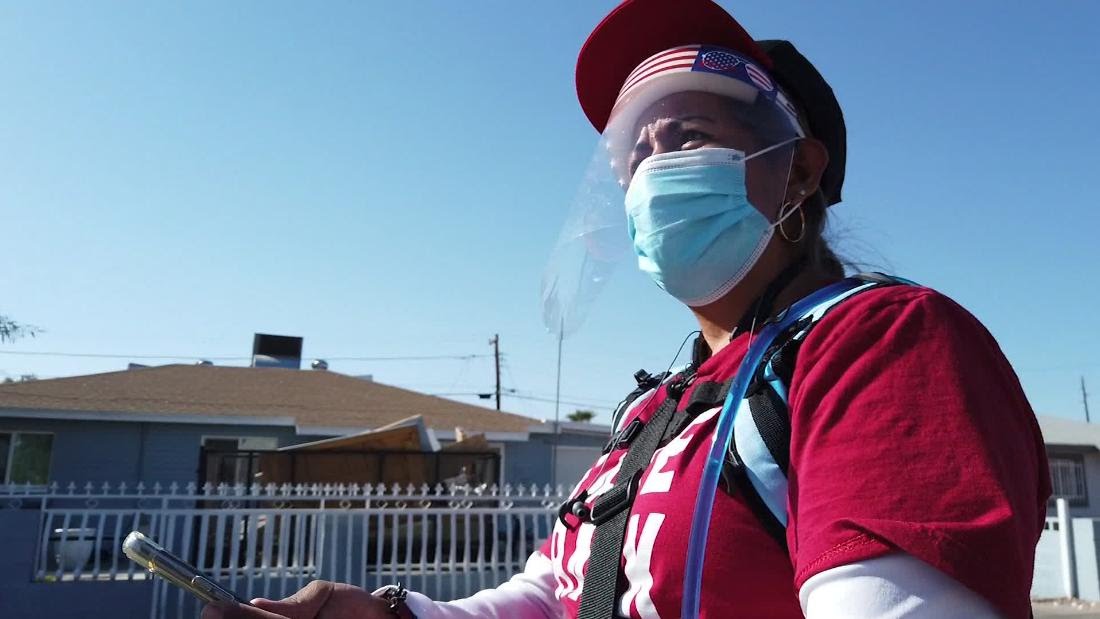 The smaller aircraft was not visible to CNN reporters on the ground in Arizona but the fighter jet could be heard overhead, leading to a reaction from the rally crowd and the President himself.

Trump, apparently caught off-guard by jet above, said that the plane was “about four days old” and touted his funding for the military.

“I love that sound, I love it,” Trump said at the sound of aircraft engines. “You don’t know what I went through to get those suckers up there — I had to get that money from the Democrats.”

He said the jet was “trying to show off” for him and called the flares being deployed “a little display” for the President.

US Secret Service agents also reacted to the jet’s unexpected presence during the rally, with some moving quickly toward the President, though they never actually stepped onto the stage.

The crowd cheered loudly as the jet could be heard overhead, with chants of “U-S-A” and one man yelling, “That’s the sound of freedom!”

Trump’s rally in Arizona came as part of a final sprint of campaign events leading up to Election Day to shore up states he won four years ago. Arizona is seeing increasing numbers of coronavirus cases per day, according to data from Johns Hopkins University. Many rallygoers on Wednesday were seen wearing masks, but not social distancing.

The emergence of Arizona — where both Trump and Democratic presidential nominee Joe Biden’s running mate Kamala Harris were slated to travel on Wednesday — as a swing state could throw a major wrench into Trump’s electoral hopes and provide a big lifeline to Biden.

Soyinka is publishing his first novel in five decades

Bart Nnaji and the electricity question By C. Don Adinuba

Bart Nnaji and the electricity question By C. Don Adinuba