by The Plebiscite World
in Politics, Trending News, World
0 0
0
0
SHARES
4
VIEWS
Share on FacebookShare on TwitterShare on Linkedin 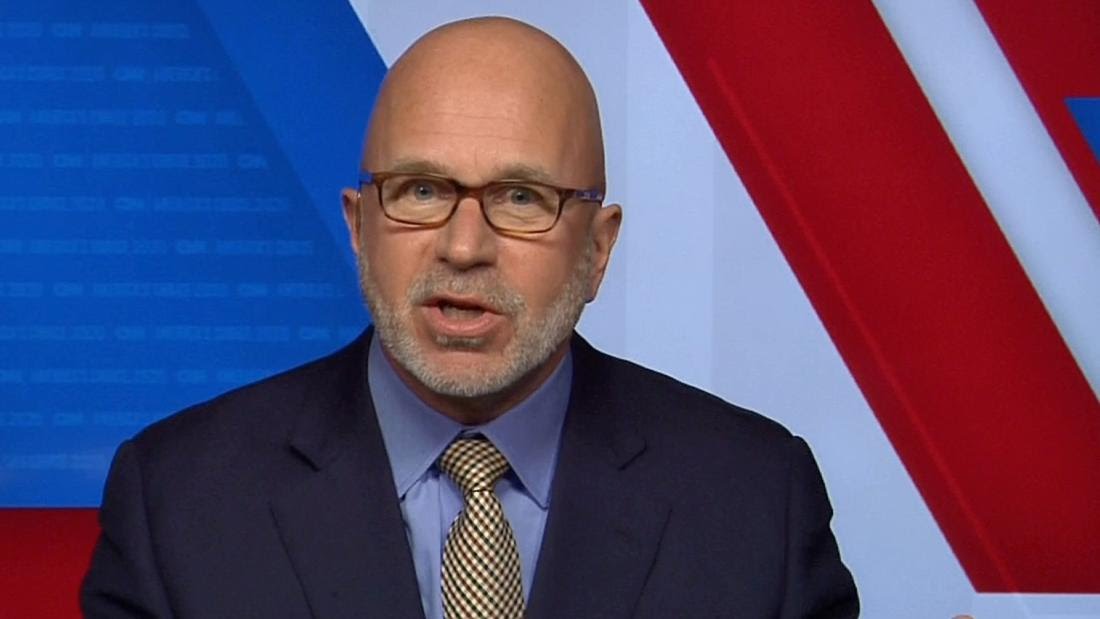 (CNN Business)”WHAT IS THIS ALL ABOUT?” President Trump asked in a tweet on Wednesday morning.

He had shared an image of an electoral map of Michigan that purported to show an unexplained jump overnight in the number of returned ballots in the state. The charge: According to the data in the map, 138,000 ballots had come in out of nowhere, and all of them were for Biden.

The claim had been going viral in parts of the right all morning. A headline on one right-wing website read, “Voter Fraud in Michigan — Massive Dump of Over 200,000 Ballots for Biden All the Sudden Appear Overnight.” At least 14,000 tweets had included the image.https://62e586237c745dcaaa2af38a89c0e098.safeframe.googlesyndication.com/safeframe/1-0-37/html/container.html?n=0

The image was real. But the idea that it indicated fraud was absolutely false, though the people sharing it likely initially did not know that the data in the map was wrong. 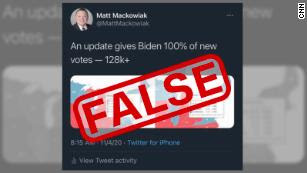 The image was shared across social media.

The image was a screenshot of a map on the website Decision Desk HQ, which tracks election results and has powered results data for media outlets like BuzzFeed News. After Trump’s tweet on Wednesday, Decision Desk HQ said there had been an error in the data it had been sent from Michigan’s Shiawassee County. “Once we identified the error, we cleared the erroneous data and updated it with the correct data as provided by officials,” Decision Desk HQ said in a statement to CNN. A clerk with the Shiawassee County Clerk’s Office confirmed to CNN that that a typing error had been made when votes were being entered for Biden, and that the error was corrected within 30 minutes.

Decision Desk HQ is known as a reliable source of information but it did not explain why it took hours to make a statement about the error.

But the story of how a screenshot of an error on an electoral map on a niche website made its way to the President of the United States is one emblematic of the online misinformation ecosystem and Trump’s central role within it.

Working with the Alethea Group, a disinformation research company, CNN found evidence that the screenshot may have made its first appearance online when it circulated early Wednesday morning on a QAnon forum on the hate-filled platform 8Kun, a successor to 8chan. CNN has reached out to 8Kun for comment.

The screenshot then made its way to anonymous accounts on Twitter, some posting in Spanish, and one with the hashtag #LatinosforTrump in its username.

Those tweets were then picked up by some conservative influencers and right-wing websites, forums, and Telegram channels that are known peddlers of misinformation.

The President is determined to paint a picture of a “rigged” election and this is unlikely to be the last time he promotes an unsubstantiated claim that has circulated in the dark underbelly of the internet and uses it to try bolster his attempts to undermine American democracy.

A receptive audience of quasi-influencers

The President posted the map twice, in a tweet and a retweet, around 10:30 am Wednesday morning.

A Twitter spokesperson told CNN the company was automatically applying labels to tweets with the image — the company had found and labeled at least 14,000 tweets that included the image as of Wednesday afternoon, the spokesperson said