(CNN)The Trump administration is considering granting Saudi Crown Prince Mohammed bin Salman legal immunity from a federal lawsuit alleging that he ordered an assassination squad to kill a former top Saudi intelligence official who shared information with the US, according to sources familiar with the situation.

Saad Aljabri alleges in his lawsuit in DC District Court that the Saudi prince sent members of the same assassination squad that killed journalist Jamal Khashoggi to Canada, where Aljabri now lives in exile, to target him as well. 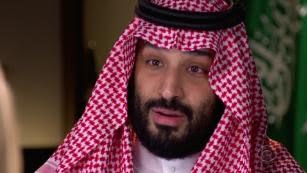 The State Department sent a series of questions to Aljabri’s legal team this month to “help high-level officials” there decide whether to advise the Department of Justice to grant the crown prince immunity, according to the questionnaire, which was provided to CNN for review from a source close to .

It is common for the US to grant sovereign immunity for sitting heads of state and even foreign government officials, a step that is often justified as necessary under international law. Immunity is waived from time to time, however, particularly if US policy is to put pressure on a foreign government.

In 2003, the US had a lawsuit in US federal court dismissed against then-Chinese President Jiang Zemin, who was being taken to court over accusations of torture and genocide, on the grounds that a head of state is immune to prosecution.

It is also normal practice for the State Department to consult with key players and outside agencies before it provides the Department of Justice with a recommendation as to whether it should grant immunity, legal experts said.

A spokeswoman for the Justice Department declined to comment. A State Department spokesperson said they do not comment on pending litigation. The Saudi Embassy in Washington did not reply to a request for comment. The National Security Council, which handles issues of foreign policy and matters regarding foreign leaders, did not respond to requests for comment.

In the lawsuit, which was filed in DC District Court in August, Aljabri accused bin Salman, the kingdom’s powerful de facto ruler, of dispatching a hit team to murder him just over a year after Aljabri fled from Saudi Arabia.Saudi Arabia preferred a Trump win. Their fears of a Biden presidency may be well-founded

In a royal court, where proximity to the US is paramount, bin Salman’s chief rival for the crown had been his older cousin Mohammed bin Nayef, known as MBN. Aljabri was MBN’s longtime number two and fostered a close relationship with US intelligence officials as they worked together on fighting terrorism. The working relationship between the US and Aljabri helped save countless lives, former US officials say.

Aljabri had refused repeated efforts by the Crown Prince to lure him back to Saudi Arabia or somewhere more accessible to the Saudis, according to the complaint. Aljabri alleges that in response, the Crown Prince escalated his threats, saying the Saudis would use “all available means” to bring him back, and threatened to “take measures that would be harmful to you.” Aljabri also names numerous alleged co-conspirators, including two of the men accused of being behind the Khashoggi operation.

Aljabri filed a suit in US federal court because it alleges wrongdoing in the US, a spokesperson for Aljabri told CNN earlier this year.

President Donald Trump has been strongly supportive of the prince, known by his initials MBS, despite US intelligence agencies’ conclusion that the Saudi royal had ordered Khashoggi’s killing in 2018. Khashoggi, a columnist for The Washington Post, had written critically about the prince’s policies in the kingdom.

The questions sent to Aljabri’s legal team from the State Department, first reported by The Washington Post, sought details of his allegations about the Crown Prince’s involvement in the alleged plot to murder.

For example, they ask Aljabri’s lawyers to “describe in as much detail as possible all actions in the Complaint which you directly attribute to Crown Prince Mohammed bin Salman bin Abdulaziz Al Saud.”

They also ask Aljabri’s lawyers if they have a “theory that Crown Prince Mohammed bin Salman bin Abdulaziz Al Saud is not immune that is based on something other than the nature of the acts alleged against him.”

Washington Post journalist Bob Woodward wrote in his book “Rage” that when he pressed Trump on MBS’s role in Khashoggi’s murder in 2018, the President told him that the prince “says very strongly that he didn’t do it.”

According to Woodward, Trump also doubled down on protecting MBS during the Khashoggi controversy, saying, “I saved his ass.” Trump added: “I was able to get Congress to leave him alone. I was able to get them to stop,” the book said.CNN’s Christina Carrega contributed to this reoprt

Listen to Kenneth Copeland.It was the timidity, selfishness of the Nigerian Church that landed the nation in the parlous State. I pray the Church in Biafra will stand for righteousness.. It is a war!

Listen to Kenneth Copeland.It was the timidity, selfishness of the Nigerian Church that landed the nation in the parlous State. I pray the Church in Biafra will stand for righteousness.. It is a war!