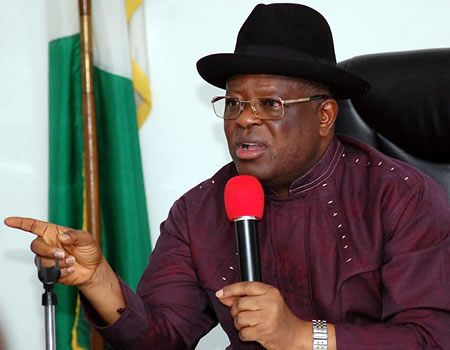 Governor of the Ebonyi State and Chairman South-East Governors’ Forum, David Umahi, on Monday, said governors in the zone have banned open grazing and movement of cows by foot into the zone.

Umahi made this known during APC stakeholder meeting held at the Christian Ecumenical Centre Abakaliki.

He then enjoined leaders to exhibit patriotism in their conduct to guarantee the unity of the region rather than playing politics with the security of the zone and nation.

Umahi said: “We are living in a dangerous time, without patriotism to our nation Nigeria, it is very difficult to have a peaceful time”

“In each of states of the South-East, we are managing ourselves well. What we discussed with the herdsmen is a system in place for a long time.”

Umahi further cautioned people of the zone against instigating crises in the country through the dissemination of fake videos alleging the killing of Fulanis by IPOB in the South-East.

“What our people must know is that security is not political, what is demanded of the leaders is to put up programs that favour the people and foster national unity,” he said.

God will still bring Trump back to White House by Gerald Flurry.

A list of villages where Fulani armed Jihadists are located in forests and farm lands in Igbo land….Igbo must be vigilant and trust no politicians now.

A list of villages where Fulani armed Jihadists are located in forests and farm lands in Igbo land....Igbo must be vigilant and trust no politicians now.

WHEN THE PIGEONS REFUSE TO FLY